An interview with Maja Herman-Sekuli

Thank you for taking time out from your busy schedule to chat to THE POET Maja. You have travelled quite extensively, but where are you originally from?

I was born in Belgrade, Serbia, (former Yugoslavia). I lived, and was educated there, as well as in UK, France, Italy and the USA. I did my Ph.D. in Comparative Literature at Princeton University, spent most of the '90s in the Far East with a base in Bangkok, and have had addresses at three continents at one time. Now I share my time between New York City and Belgrade. I am an international traveller since the age of 13, and have always felt a citizen of the world. I always carry Belgrade in my heart though.

Do you remember writing your first words of poetry?

No, perhaps it was writing poetry in my diary, but I don't remember. However I do remember writing my first novel, Voyage to Saturn at the age 12, as well as illustrating it and self-publishing it! Jules Verne obviously influenced me then! At that time my family was almost sure that I would be studying art, because I was getting all kinds of prizes for my art work, but my grandfather, who was a well-known painter said: yes, she has a talent for art but let us see what will happen after puberty

And he was right, after puberty I basically turned to writing and decided to study world literature rather than art. Although I still often experience the world visually - as a painter, but now I paint with words.

What were your early poetry influences?

I was an avid reader from an early age, and lived in a house full of books. I went to an elite school called "classical gymnasium" where I studied Latin from the age of ten, and ancient Greek from the age of 12. I then studied World Literature at the Belgrade University, spent a year at Hope College, Michigan studying drama, and did my doctorate in Comparative Literature at Princeton University - on parody and transgression in modernist novel and literature. I had many favourites among both the classics and the modernists, such as Aeschylus, Shakespeare, Thomas Mann, James Joyce, T.S. Eliot and Virginia Woolf, but not any particular direct early influences I can think of. As a child, I loved the above mentioned, Jules Verne and Mark Twain!


On top of the world I

in the poet's tower

in the grey sky

letting my thought out

it is all rock and roll

it is all in those blades of grass

on the Bryant Park lawn

she then flew to him

to the stone tower

landed on the edge

of the New Yorker

up up there in the clouds

on the 33rd floor

among the stone faced griffons

where I dwell now

trying to get into his head

to write a sonnet about

how he tamed Niagara falls

how he lit the first electric city

how he discovered magnetic waves

and about the earth energy

and the eternity he knew

reciting it with gusle

as if it were a Serbian epic poem

about how he ended up here

although he changed the world

Who influences you now?

I am my own influence. I digested the world literature and think it is crucial for a serious poet to be well-read in order to transgress previous poets and find his or her own unique voice. At one point, I was with Joseph Brodsky a Russian-American poet, essayist, and Nobel laureate, and we exchanged our experiences of writing poetry in two languages. My favourites in English are still Shakespeare's sonnets and Yeats. I love many American poets too, starting with Poe, and have translated some contemporaries such as Ann Sexton and Mark Strand, and I was invited to edit an anthology of modern Yugoslav poets for the University of Iowa. Of Serbian poets, my inspirations are Milos Crnjanski and Vasko Popa, known to English readers through translations by Ted Hughes, and more recently I am becoming more and more inspired by ancient Balkan myths and legends.

Does your Serbian background influence your writing?

Yes, of course! I was born among intellectuals; my farther was publicist and co-founder of a big publishing house; my stepfather, a professor and president of a university; and my grandfather was a famous painter, and so that helped me get a broad education and love for the arts. And recently, a lot of my writing is centred around Serbian culture, myths and legends. For example: my long poem Lady of Vinča is about the prehistoric Vinča culture (Ed: dated to the period 5700 - 4500 BCE, the Vinča was a Neolithic archaeological culture in south eastern Europe, in present-day Serbia, and smaller parts of Bulgaria, Kosovo, Macedonia and Romania), and my poem The Mighty Irina is about a Serbian medieval queen. My friend, the British poet and a Cambridge professor Richard Berengarten, wrote about both, claiming that I am the only Serbian poet after Vasko Popa that he knew of who dug deep into Serbian epics and myths. He also interpreted The Mighty Irina into pseudo-mediaeval English, because he wanted to archive in English the pseudo-epic quality he saw in my epic.


The train moves on

it takes me to Princeton

over and over again

Ivy League that is the plan

what is their plan

two of them loved me but

it is not the grand plan

I will write one day

as soon as I resolve

enigma of the ducks

is the only plan

Is it difficult to be a poet in your country?

I do not think it is easy to be a poet in any country, and I lived in few! In the former Yugoslavia, and in Serbia, most poets seem to become magazine or book publishing editors, and it is the same in the US, although they also have a chance to teach at a number of colleges. For most people, it is impossible to live on poetry alone. However, as I attended many international poetry festivals in last couple of years, I noticed a greater global need, almost hunger, for poetry than ever before! This gives me hope for poets to take leading roles in moving humanity towards a better and greater understanding of each other.

Describe your writing process; the process of transferring your original ideas in your mind into final words on paper.

I can get inspired by a detail, a word, a shadow, a flower or a glance; anything can trigger a poem in me, and then I write it down and re-read it and edit, and re-edit and cut, and cut, and cut! This is so very important; to read and read your work, and edit and re-edit. I think these days with Facebook, social media, and blogs, because it is so easy to publish it instantly online and get "likes" from their followers, there are so many people who write what they think is poetry without even reading or editing the raw product, I think this is the negative side of poetry on the web – there seems to be a lot more poets but a lot less good poetry.

How do you feel when you see your words in print?

I remember how excited I was as a sophomore in Belgrade, to see my first poems published in a prestigious literary journal. I had always felt in my heart that I was primarily a poet, and that was the first proof of it. Before that, I had already published various translations and essays, but this was a significant step forward. Since that first publication in a literary journal, I have been published internationally in prominent magazines and dailies, including  Politika in Belgrade and The Paris Review in New York. I do publish online but nothing compares to seeing your work in a form of physical book. I was lucky to be a published author in print and see my books in the windows of major bookstores in Belgrade. This is the ultimate thrill for any writer!

Tell me about the books you have published.

I have published twenty-two books so far; poems, essays, novels, too many to describe in detail. Each of my books is different in subject and they cross many genres. Recently I was privileged to have Guide through Maja Herman Sekulic's Literary World published by University of Montenegro, with all the essays on my work, interviews with me and 465 unit bibliography all in one place. Also, five of my books were co-published in last two years as Selected Works by two major Serbian publishers. One of the most important of those for me is the book of my selected poems called simply Poetry.

One of my most popular books - also used as a text book at some university seminars - is Sketches for Portraits. It is a collection of my essays and interviews with some of the most important and influential figures on the American Literary scene who I have befriended and/or collaborated with in the '80s and '90s, including people like Allen Ginsberg, Susan Sontag, Joseph Kosinsky, Mark Strand, Charles Simic, Arthur Miller, even Bob Dylan, and many more. I also have a book of travelogues The Jade Window, from the time I lived in the Far East. This has been translated into a number of major languages, and one of my recent long poems Love in the Corona Time was translated in twenty-five languages with illustrations by famous artists and e-published as a special edition by Alia Mundi as a 'oem that United the World'.

of the Crazy Revolutionary

of the Great Man who

took my father away

when I was six

threw him on the rocks

made him carry them

back and forth with no purpose

broke all his bones

tried to break his spirit

a hero and a victim

in that State that is no more

had to flee to another city

I was used to being held

he wrote for me

in that house that is no more

and this is how

in that land that is no more

we so love and we so hate

For the crime of cheating death, Sisyphus must push his boulder up the mountain only to have it roll back down each day. This poem is dedicated to all victims of Tito's regime who were sent to Goli otok (Naked Island) on the Adriatic in ex-Yugoslavia to endure years of hard labour 1948-1954 for the crimes of free thought.

What advice can you offer aspiring poets?

Always read and edit, and then re-read aloud your poems, so very important. And then publish as soon as you feel ready. Also, do not ever rely on Google translations to translate your poetry into different languages! Read as much poetry as you can from around the world; doing translations of great world poetry into your language can be the best school for any poet and writer.

What are your future plans as a writer and poet?

My last multi-genre book is a novel about the great Serbian-Italian-American artist and poet Milena Pavlovic Barilli. She has many parallels with Frida Kahlo. Milena exhibited in the same galleries as Kahlo in Paris and New York, was part of the Rome and Paris avant-garde, worked for Vogue in the '40s and died prematurely in New York. Hopefully it will also be produced as a film - because her art and life deserves it.

Thank you once again for your time Maja, and we look forward to reading a lot more work from you in the future. 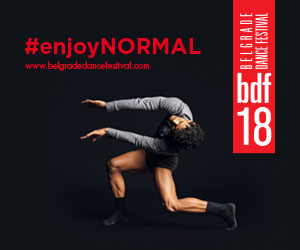 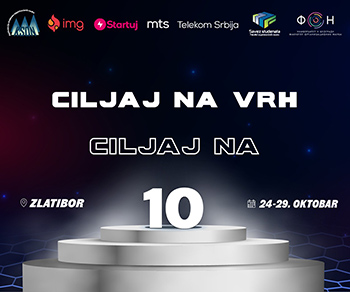 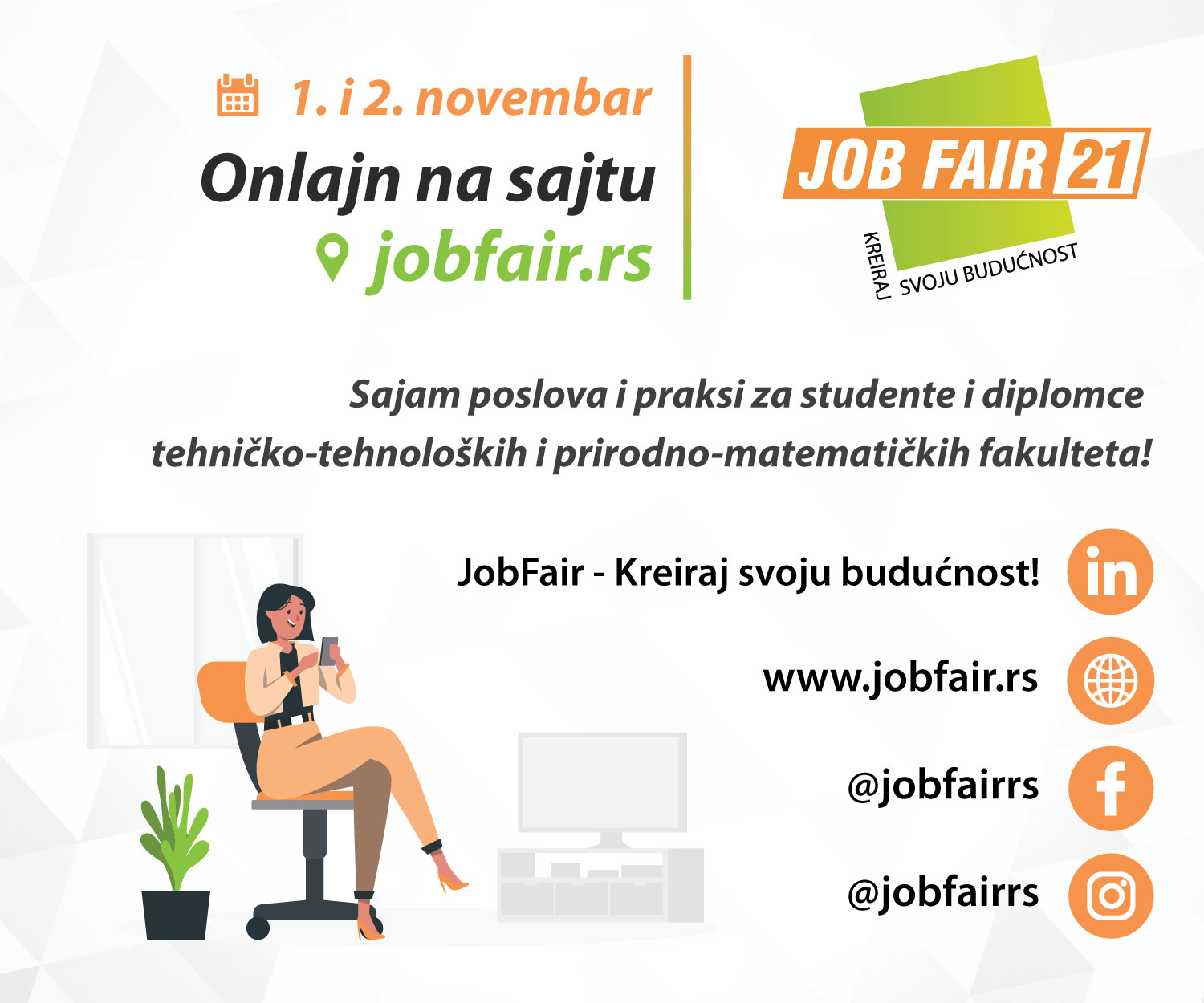